The first book written and published by me. This chronicles my experience with bipolar paranoid schizophrenia. It includes details of my hospitalizations, treatments, hallucinations, and the varying degrees of my mental illness.
Also included are stylized descriptions of various visions and dreams I had during the past decade with my illness.
The book concludes with several treatments and coping methods as well as commentary that I would hope would allow a normal, sane person some insight into what it is like to be mentally ill.

The book is available to purchase in digital and paperback on Amazon.
Life, Dreams, and Hallucinations can be purchased here. 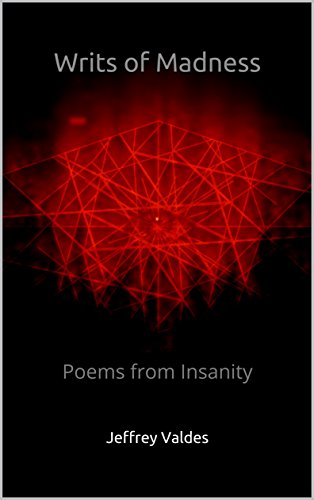 This second book is actually a collection of poems I wrote while under the stressors of my illness. These poems were written as I was hallucinating, undergoing psychosis, or immediately after waking up from a night of heavy dreaming. Due to my condition, I dreamed almost every night, so there was no shortage of material early in the morning.

The poems are organized in order of the degree of my state of mind, starting with a rather stable mind-frame. As the book progresses, the poems reflect more and more the mind of a psychotic schizophrenic culmination in the first written words I wrote as I began my journey with mental illness.

These poems are also available in digital and paperback on Amazon here.